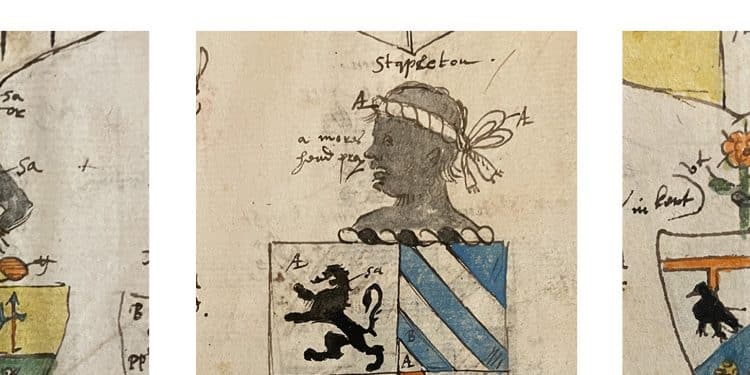 Considering the Image of the African in British Heraldry

Kelly Foster is a public historian with over fifteen years of
experience working in archives and museums. She is a research partner
in the recent University of Kent project, Figuring Juxon’s Arms:
Power, Place, and Empire, which is recovering the heraldry of
Archbishop of Canterbury William Juxon and how it’s been used.