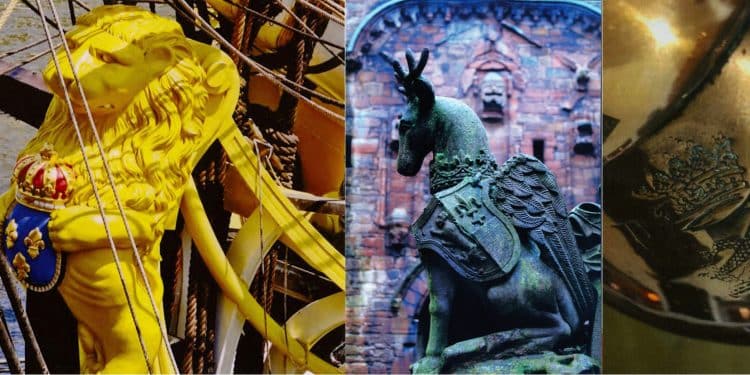 In each of the past ten years the Society has held a Photographic Competition exclusively for members, their families and friends. This year it is being opened to a wider audience.

Anyone anywhere may submit up to two separate entries, each of different subjects, and no larger than A4.

The Judges (who are unaware of entrants’ identities) are looking for photographs that capture the essence of heraldry – either conventional or extraordinary – and which demonstrate flair and imagination; that is to say, not in the nature of a photograph in an heraldic textbook.

Entry is free and there’s a £50 cash prize which is presented, together with a certificate, at a London meeting of the Society.

The competition closes on the 30th of September.

An entry form and the rules of the competition can be downloaded from the link below.

The 2019 Competition was won by Andy Wolstenholme for ‘Knot your usual kitchenware’ depicting a fine rendering of a close up of the crest of the Duke of Devonshire on a piece of silver.

The 2018 Competition was won by Roger Callan of New York, USA for his photograph showing the restoration in progress of the Arms of William and Mary in the Painted Hall at the Royal Naval Academy, Greenwich.

The 2017 Competition was won by member Martin Davis with his imaginative photograph taken while on holiday in Italy.  His photograph was of the banner of the Brucco (Caterpillar) contrada (district) of Siena. Flown during the famous Palio horse race festival.

A selection of Entries from previous years 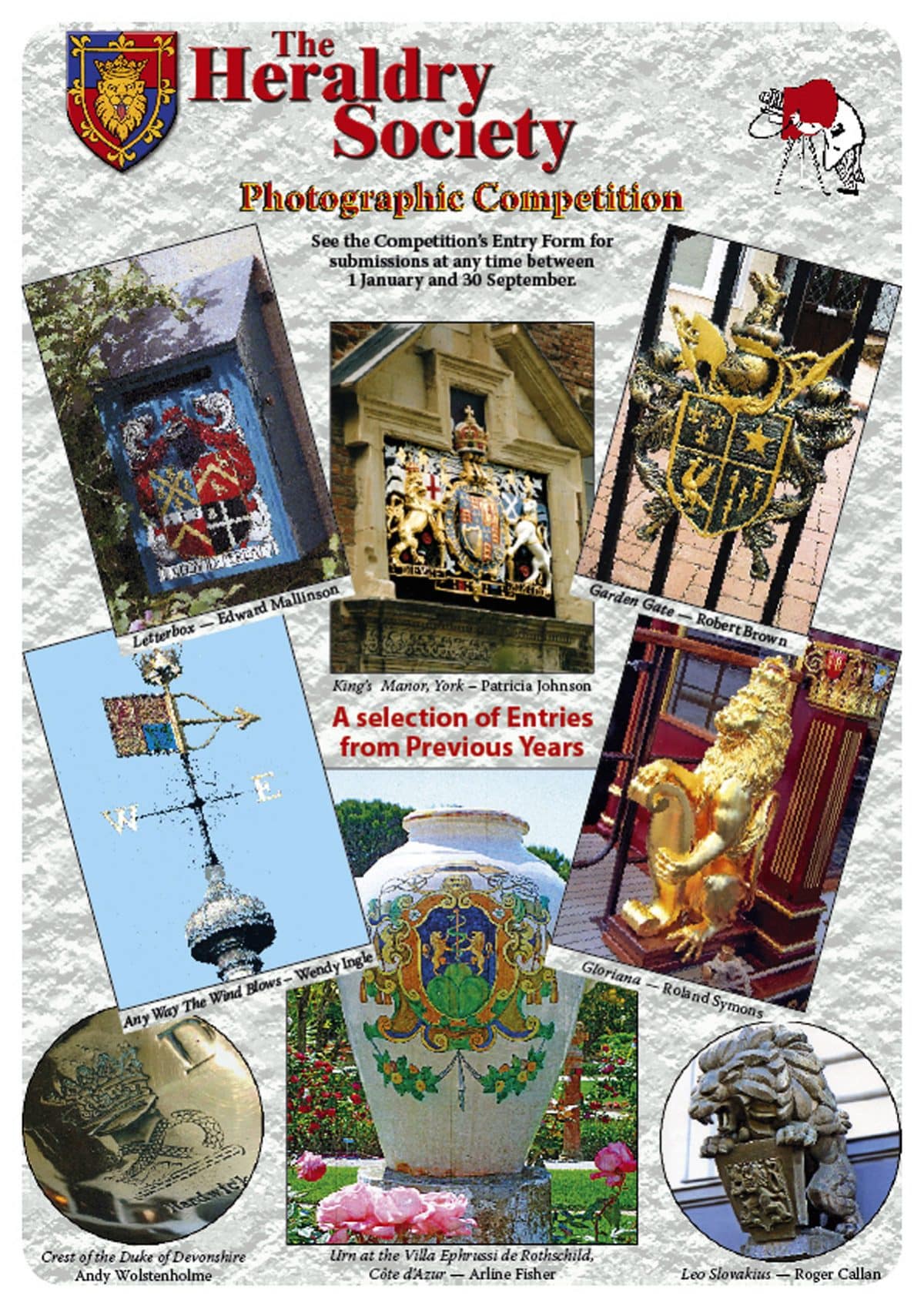 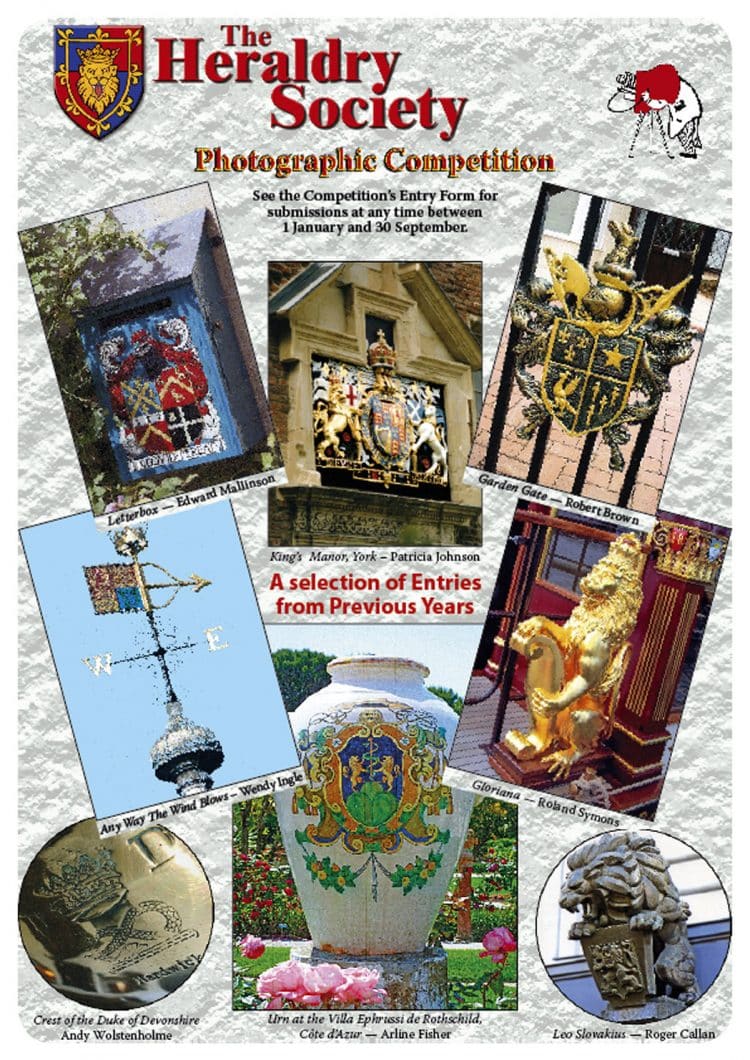