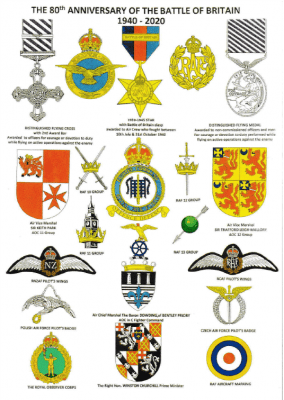 80th Anniversary of the Battle of Britain

The Battle of Britain (20th July -31st October 1940) was a military campaign of the Second World War on which the Royal Air Force defended the United Kingdom against  large scale attacks by Nazi Germany’s air force, the Luftwaffe.  A very small group of aircrew saved the country, with the support of thousands more men and women.  They came from Britain and across the World.