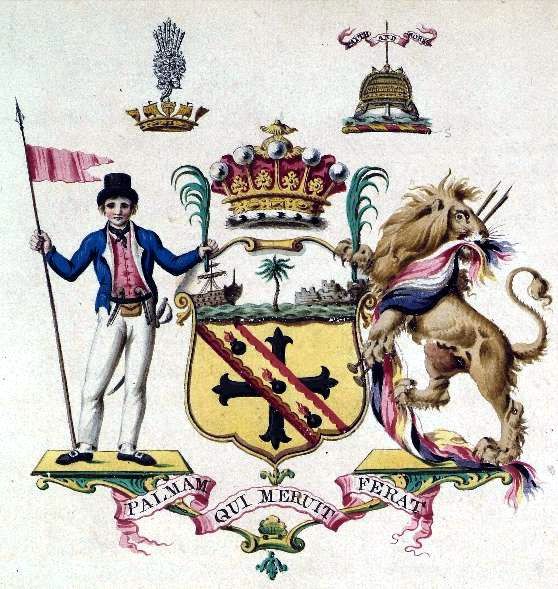 These arms the Nelsons bore in days of old :
A black cross flory on a shield of gold,
And over all a bendlet gules,
to show Due difference from Samson and Lamplow.
When one Horatio Nelson rose to fame,
With “Sir” and “K.B.” bracketing his name,
The Kings of Arms his scutcheon did resplend
With three exploding bombs upon the bend.
Later, they gave Lord Nelson of the Nile
An augmentation in a lavish style — A ship disabled and a fort destroyed ;
Which probably the Baron much enjoyed.
When Viscount Nelson of the Nile at last Beyond the reach of earthly honours passed, His brother (made an Earl), the heralds gave
The golden word TRAFALGAR on a wave.
The shield is a fine biographic gloss,
But where, alas ! is Nelson’s ancient cross ? 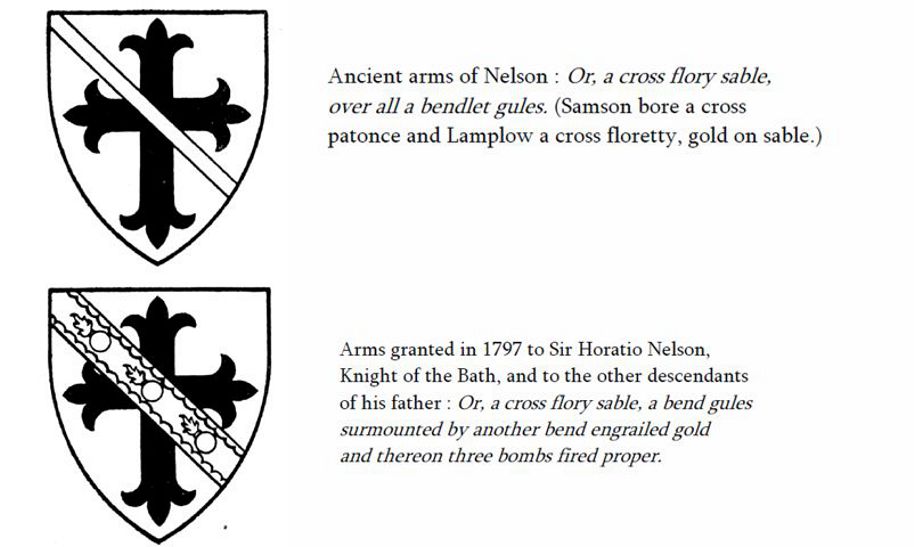 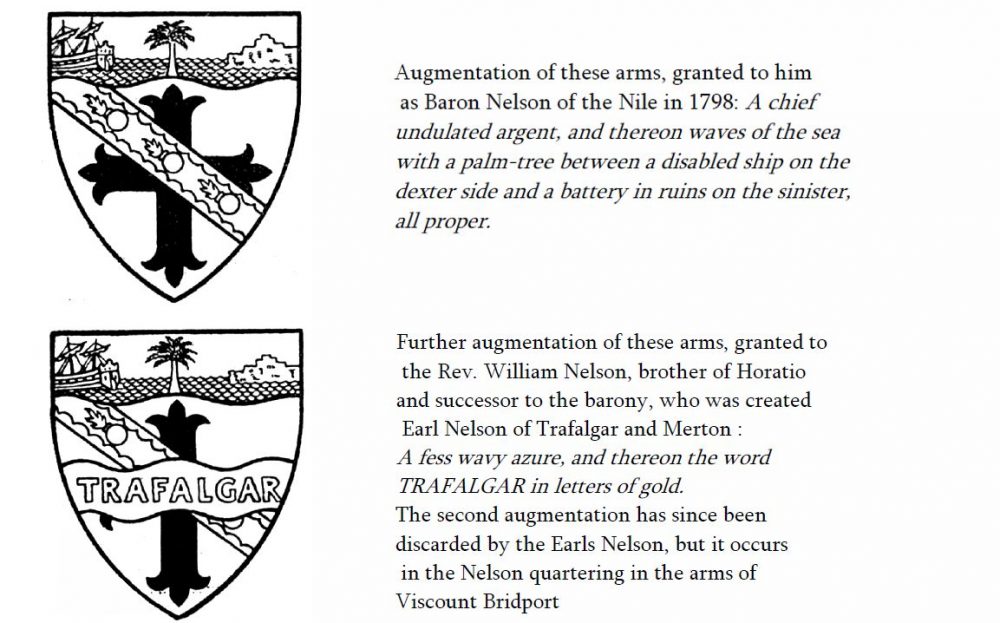