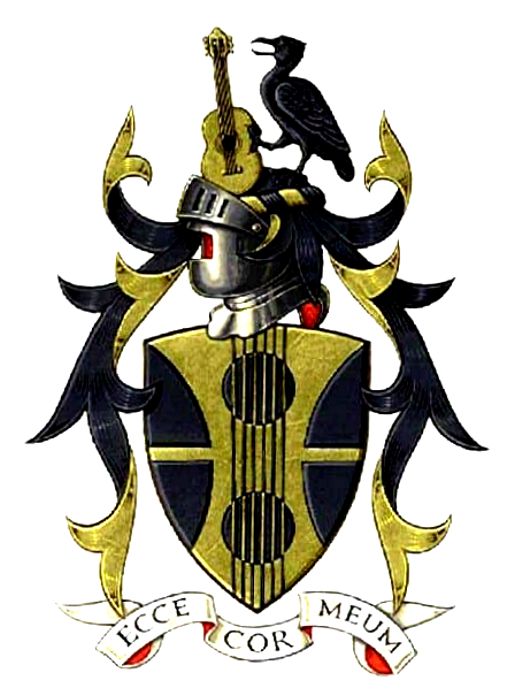 His arms: Or between two Flaunches fracted fesswise two Roundels Sable over all six Guitar Strings palewise throughout counterchanged.
Crest: On a Wreath of the Colours A Liver Bird calling Sable supporting with the dexter claws a Guitar Or stringed Sable.
Motto: ECCE COR MEUM (Behold my heart)

The four bits of beetle-back made by the flaunches, represent the four Beatles. The discs and strings represent a Gibson guitar with two sound holes. The Liver Bird sits on the top of the Liver Building in Liverpool, and in the arms of the city. The Motto refers to the oratorio written while his first wife Linda was dying. It was first performed in November 2001 by the choir of Magdalen College, Oxford.
The arms were granted on 18th June 2001. The College of Arms website says: “The design of these arms (granted on Sir Paul’s 59th birthday) clearly recalls Sir Paul’s principal instrument, the guitar. In addition the cormorant or ‘liver bird’ in the crest is a reference to his native city, Liverpool. The helmet is left-facing and has an open visor as is customary for knights; Sir Paul was made a knight bachelor in 1997.
The result is a simple and distinct design that makes a clear reference to the grantee’s career without departing from the standard vocabulary of the English heraldic tradition.”
Perhaps one might take issue with this last in that a flaunch fracted is hardly traditional vocabulary. Indeed fracted means broken, surely it does not mean “broken in a straight line by the width of a barrulet”? It is also noteworthy that the new(ish) rule that the direction of the helmet should be determined by the needs of the crest is quite obviously observed in the illustration.
However, the coat of arms is a satisfying design, with an elegant and tasteful reference to his career. 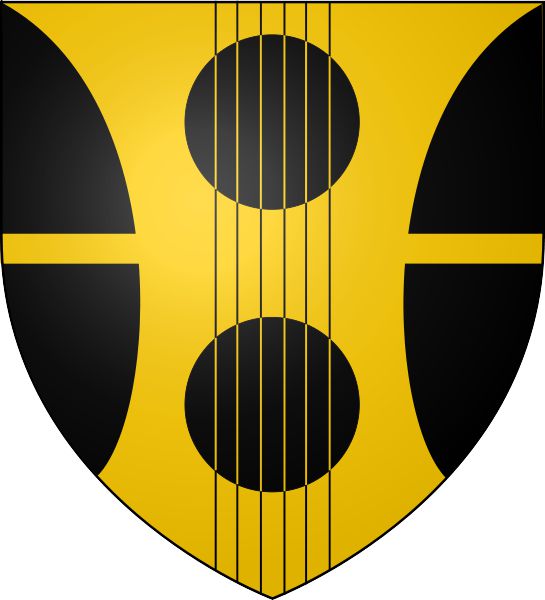