UPDATE – The Display of Heraldry – Now available from our online shop

Now available  from our online shop!!

We have had some really good feedback from members and non-members who have already purchased the book:

“I am delighted with it”

‘This beautifully illustrated first supplementary volume of the Heraldry Society’s journal, The Coat of Arms, has its origins in the interdisciplinary conference Emblems and Enigma: the Heraldic Imagination, organized by Fiona Robertson and Peter N. Lindfield and held at the Society of Antiquaries of London on 26 April 2014. Emblems and Enigma addressed heraldry’s artistic and social manifestations in Europe from the medieval period on, analysing its role as an artistic form that speaks—through continually reinvented tradition, visual and verbal allusion—of identity, social and cultural membership, inclusion and differentiation, aspiration and historical irony.

A first selection of papers presented that day was published online in 2016 as Semy-de-lys: speaking of arms, 1400- 2016 (https://heraldics2014.wordpress.com/publication-semy-de-lys/).

Twelve more papers from the conference, each one an expanded version of the original, make up the present volume. Listed below, they all, in different ways and across different cultures and historical periods, reflect upon heraldry as display. 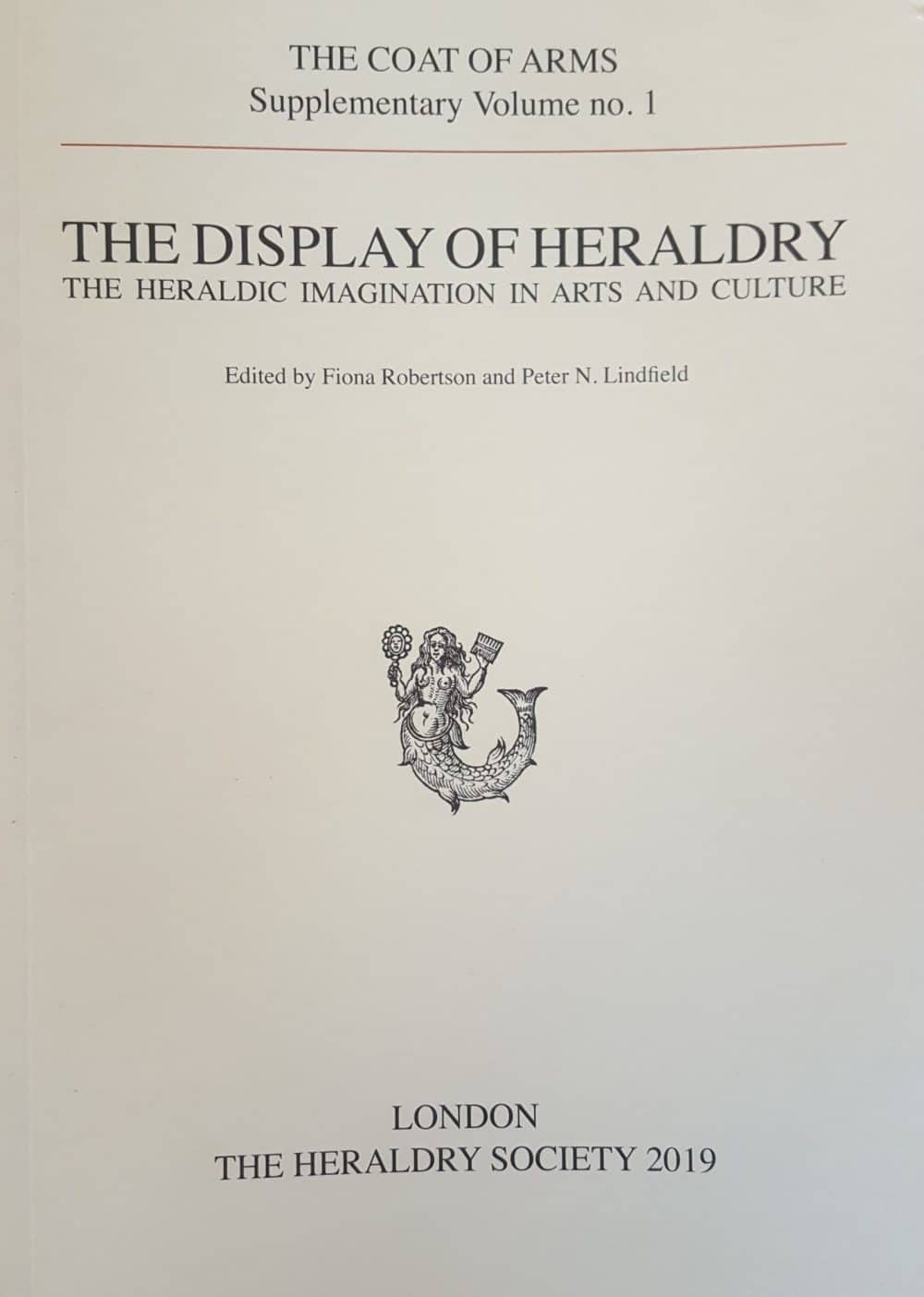