Below you will find biographical information and contacts for all members of the Council, with their responsibilities, and also the Officers who undertake specific tasks.

Robert worked as a member of the non-political staff in the House of Lords but is now retired. He is Deputy Director of Ceremonies of the Venerable Order of St John (Priory of England and the Islands) and Assistant Secretary of the Association of Lord-Lieutenants. A member of the Heraldry Society since the early 1970s, he was Trustee from 1990 to 1999, at various times serving as Programme Secretary, member of the Development Committee, member of the Fellowship committee, website co-ordinator, and Deputy Chairman. He became a Trustee again in 2017, Deputy Chairman again in 2018, and Chairman in 2019. As Chairman Robert is responsible for leading the Council of Trustees and for the over-all well-being and risk management of the charity as it seeks to fulfil its objects in the public interest while remaining financially sound.

Peter, born 1971, York Herald since 2012, is a genealogist and researcher, becoming Bluemantle Pursuivant in 2005. He was Joint Editor of the Coat of Arms from the 2005 retirement of the late John Brooke-Little (Clarenceux King of Arms, the Society’s founder) to 2016. Became a Trustee in 2017, responsible for the Society’s relationship with the College of Arms, and Deputy Chairman in 2020.

An MSc in Advanced Professional Studies (Genealogical Studies) of the University of Strathclyde, John is a professional genealogist and researcher in archives.  He was a research assistant at the College of Arms from 1987 to 1996 and served as Factor to Garter Principal King of Arms (Sir Conrad Swan) 1992-95.  He is a Committee member and past Secretary of the Hertfordshire Family History Society and is a member of the Board of Directors of the Register of Qualified Genealogists.

He is also a Past Master and the current Archivist of the Worshipful Company of Scriveners of the City of London, and is a Trooper and Master Sutler in, and Archivist of, the Light Cavalry of the Honourable Artillery Company.

John is also a Special Projects Officer at Headquarters Royal Air Force Air Cadets in the rank of Squadron Leader at RAF Cranwell in Lincolnshire.  He has been the Heritable Proprietor of the Island of Liongam in the County of Ross and Cromarty since 1987 in succession to his late father.

He is a Member of the Most Venerable Order of the Hospital of St John of Jerusalem and serves as a member of the Ceremonial Staff of the Priory of England and the Islands and is active as a Committee member of the Hertfordshire County Priory Group of St John Ambulance.

John has been our Honorary Secretary and a Trustee since 2009. As Secretary, John is effectively the Society’s volunteer chief executive. 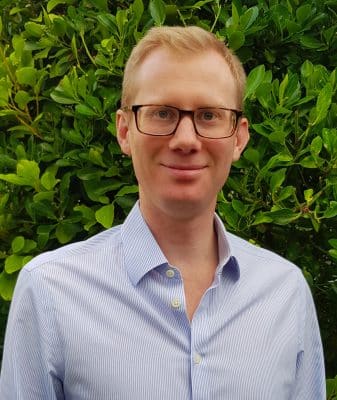 Colin is a chartered accountant and chartered tax adviser practicing with a ‘Big 4’ firm of accountants in London. His interest in heraldry was sparked by reading Moncreiffe and Pottinger’s Simple Heraldry: Cheerfully Illustrated whilst at school. With an English father, Scottish mother, and Canadian wife, Colin is particularly interested in the heraldic traditions and innovations of these three jurisdictions. Unusually for a Council member, he is not currently armigerous and so spends (too) much time designing and re-designing his future arms.

Colin is a member of the finance committee of the Society of Antiquaries of London and is also the treasurer of the Friends of Dulwich Picture Gallery, a public art gallery in south east London, and of the Sir John Golding Fund, a charity supporting a centre for the rehabilitation of physically disabled and injured people in Jamaica. Outside of work, volunteering and heraldry, he enjoys wine, travel, golf and tennis.

Age 74, Clive trained as a teacher and later obtained a post Graduate Certificate in Craft Design and Technology. Early interest in heraldry was inspired when in 1953 all Essex schoolchildren were given a colourful book ‘Royalty in Essex’. Clive was instrumental in the revision and republication of the ‘Walthamstow Armorial’, first published in 1932 by the Walthamstow Antiquarian Society. Trustee 2011-20, responsible for organising the Society’s Corporate Heraldry award and its Photographic Competition. 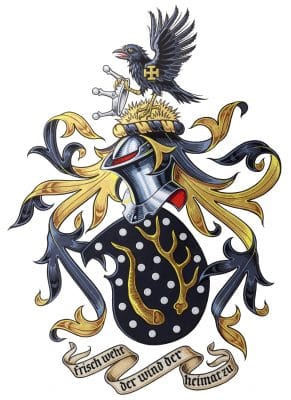 Steven is Senior Finds Archaeologist for the Norfolk Historic Environment Service and has worked on excavations and surveys across Europe and the Middle East over the past 30 years and more. He has published widely. He is past Chairman of the Norfolk Heraldry Society and was awarded the Diploma of the Heraldry Society in 1999. He is a Fellow of the Society of Antiquaries and an Associate member of the Académie Internationale d’Héraldique. Trustee of the Heraldry Society 2011-20, Chairman 2015-2017. Steven is responsible for the Society’s publications programme.

With a PhD in biochemistry, Richard worked in the pharmaceutical industry until he joined the Institute of Heraldic and Genealogical Studies in Canterbury in 1988. At the Institute he taught family history and heraldry, and led the Institute’s research into inherited diseases. He became the Institute’s Vice-Principal in 2004 and Principal in 2010. He is an Academician of the Académie Internationale d’Héraldique and President of the International Federation of Schools of Family History. He became a Trustee of the Society in 2013, being Programme Secretary until 2016. Richard is the Trustee responsible for the Society’s Examinations programme. In a personal capacity, Richard is the President of The International Congress of Heraldic and Genealogical Sciences to be held in Cambridge in 2022.

Graham became interested in flags and heraldry when, at age 9, he became the Scottish High Commissioner in Ghana and asked his mum to make a Scottish Saltire for the residence’s flagpole! Forty-six years later he is the Chief Vexillologist of the Flag Institute, Secretary-General for Congresses of FIAV (the international flag body), protocol advisor to HM Government, HM Armed Forces and the United Nations and author of British Flags & Emblems and Flying Flags in the United Kingdom. He is also a professional web developer. A Trustee since 2017, Graham has administered the Society’s website since 2020. 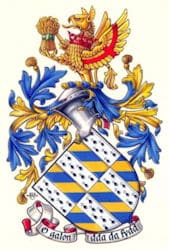 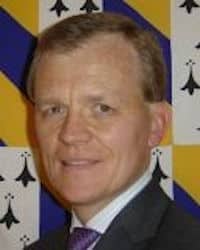 Martin is Clerk to the Worshipful Company of Fan Makers and a Liveryman of the Scriveners’ Company. He qualified as a Barrister and pursued a legal career with the Director of Public Prosecutions and in financial services regulation. He has been a member of the Society for nearly 50 years, has previously served on Council and has lectured and written for the Society’s publications.

Appointed as editor of the Coat of Arms in 2017 in succession to Clive Cheesman, being responsible for the Fourth Series, published from September 2018. Previously a long serving member of Council and former Chairman of the Society. Took early retirement as a consultant physician and university lecturer in 2017 in order to focus on heraldic research and lecturing, to complete his first book on heraldry, and to see it through to publication. In a personal capacity, Paul is the Secretary of The International Congress of Heraldic and Genealogical Sciences to be held in Cambridge in 2022.

A keen armorist at school and university, Andrew took up heraldry again after 30 years with Shell, embarking on a campaign, now all but complete, to furnish Hatchments in Britain with a complete library of photographic images. This work has diversified into the Heraldry Archive, which aims to digitise the scattered records of armorial scholarship and put them at everyone’s fingertips. Trustee 2011-20 and responsible for the Society’s Image Library. He assists in management of its website and administers the Society’s Roll of Members’ Arms. 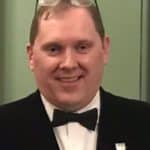 A Court Assistant of the Worshipful Company of Information Technologists’ and author of The City of London Freeman’s Guide, Paul’s interests are at the intersection of technology and tradition.
Paul is a senior managing consultant at IBM, specialising in cognitive digital learning. He lectures at the Judge Business School (Cambridge University) and City University (London) on Information Security and Professional Development in the IT industry.
Not content with lecturing on IT topics he is an Accredited Arts Society lecturer on the Treasures and Heraldry of the City of London’s Livery Companies.
Paul is an advocate of equality in the inheritance and display of armorial bearings – a reforming traditionalist who believes in inclusion and operates at the vanguard of the 21st century.
Unsurprisingly he helps run the Society’s Social Media engagement. 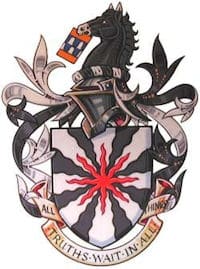 David is an architectural designer. A graduate of the Royal College of Art, he has undergraduate and postgraduate degrees in both fine art and architecture. He first joined the Heraldry Society in 1982 and became a Trustee in 2020. In particular he is interested in heraldry on church memorials and in Japanese heraldry.
Email: programme@theheraldrysociety.com 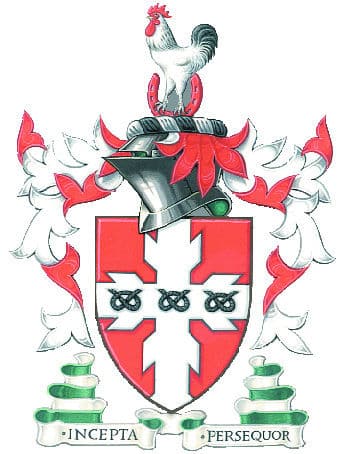 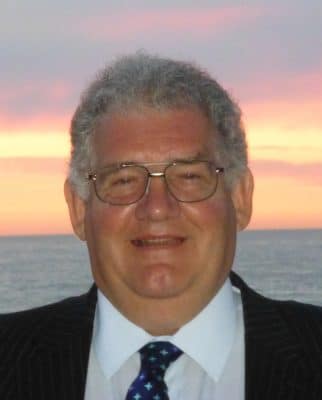 John studied Electrical Engineering at Imperial College and worked in the Electricity Supply industry for 40 years.
Boutell’s Heraldry in the school Library aroused his interest initially. In 1975 he discovered The Chiltern Heraldry Group and thereby met Peter Summers. John assisted Peter with the Hatchments in Britain series to its completion in 1993. In the 1990s John served on the Heraldry Society council, managed the bookstall and was Managing Editor of the Coat of Arms. He and David Krause established the biannual congress. He is a keen supporter of local societies, founding the Oxford Heraldry Group and serving 15 years as Programme Secretary of the Cheshire Heraldry Society. He researches on and has spoken and published articles and booklets about heraldry. His other interests include family history and he has a MA in Local History and Archaeology.

Jane, a Chartered Librarian and Qualified Genealogist with an MSt in Local and Regional History from the University of Cambridge (St Catharine’s College), was for 16 years the Assistant Librarian at The College of Arms. She is also a Trustee of the Institute of Heraldic and Genealogical Studies.  By day, she is a Curriculum Coordinator at North Hertfordshire College. Editor of The Heraldry Gazette and Hon. Librarian and Bookshop Manager from 2013, Jane has also been Membership Secretary since 2016. 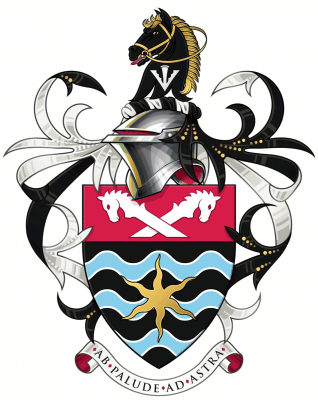 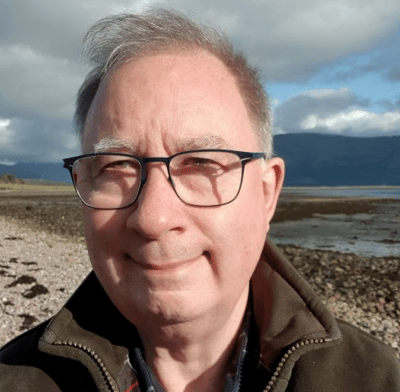 Following a full career as a Chartered Engineer in the RAF, with long involvement in engineering professional development organisations, Tony took on leading roles in timber trade institutes and the aerospace industry trade association before spending seven years as Clerk of the Worshipful Company of Engineers, finally retiring in 2016. He has also been actively involved in the Educators’, Arts Scholars’ and Wax Chandlers’ livery companies over several years, coupled with trustee and other voluntary roles primarily in the heritage and cultural charitable sector. In addition to heraldry, he maintains particular interests in decorative arts of ‘the long eighteenth century’, and his family origins from the 1700s in London and earlier in Germany. Although he joined the Society in 2007, his heraldic interests developed as an undergraduate member of CUHAGS, of which he remains a life member