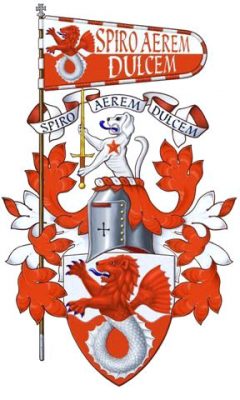 Arms
Per fess wavy Argent and Gules a sea-lion counterchanged armed and langued Azure
Crest
A demi-talbot rampant Argent langued Azure charged on the shoulder with a mullet Gules and holding in its forepaws a sword Or
Motto
Spiro Aerem Dulcem (Scotland) A Talbot...! A Talbot...! (Ireland)
Authority
Warrant raised by the Office of the Chief Herald of Ireland in November 2003, Volume Z of the 58th Folio. Granted by the Lyon Court, Scotland on the 24th April 2005, 43rd Page of the 87th Volume.
Notes

For a badge: A lymphad Argent the sail charged with a cross-crosslet Gules (Ireland). 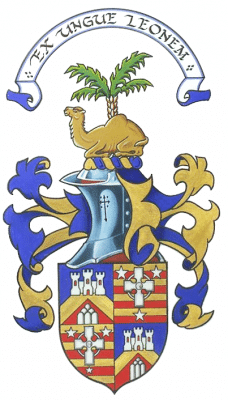 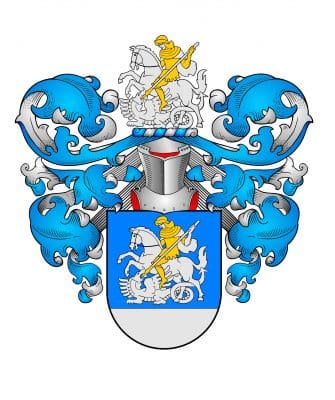 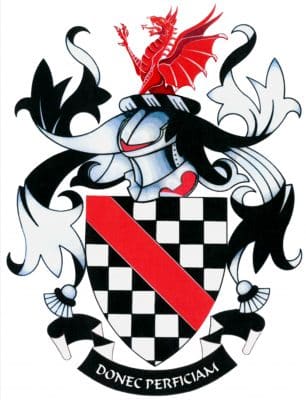 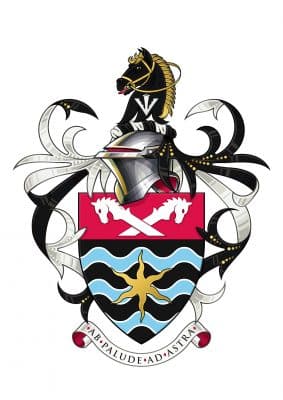 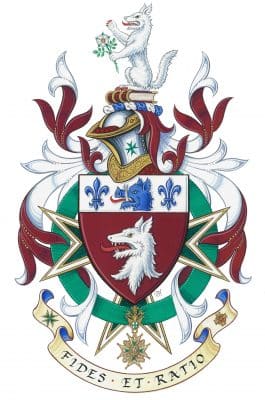 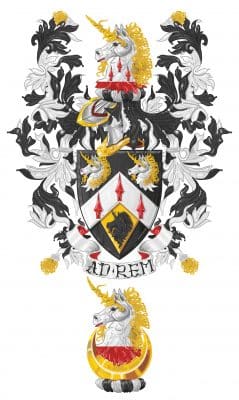 Arms
Sable on a chevron Argent three spears' heads Gules in chief two unicorns' heads erased Argent armed and maned Or in base on a pile of the last issuant from the chevron a unicorn's head erased of the first
Crest
A unicorn's head argent erased and charged upon the neck with three spears' heads chevronwise Gules armed and crined Or
Motto
Ad Rem (To the Point)
Authority
Arms granted by Sir George Nayler, Garter, and Edmund Lodge, Norroy, to Samuel Wright of Gunthorpe, Notts and to the other descendants of his grandfather, Ichabod Wright of Nottingham.
Notes

The crest was granted in 1845 to Francis Wright of Osmaston, Derbys, and his brother Marcus, British Consul at Wiborg in the Grand Duchy of Finland. The original grant was, for a crest, "Out of a crescent Or a unicorn's head Argent erased Gules armed and maned of the first" 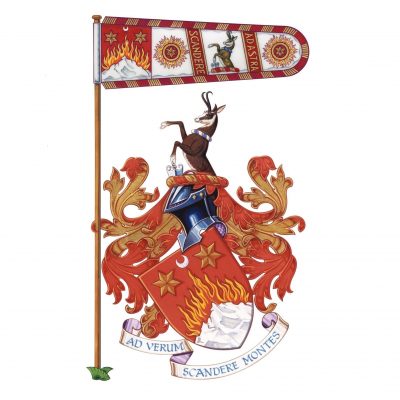 Arms
Gules in base a rocky mountain Argent issuant there from flames of fire proper in chief two ridged mullets each of six points Or in middle chief point a crescent Argent for difference
Crest
A demi-chamois proper gorged with a wreath Argent and Azure and resting the sinister foreleg on a firesteel proper
Motto
Scandere Ad Astra (To Climb To The Stars) and Ad Verum Scandere Montes (To Climb The Mountains To The Truth)
Authority
Arms documented in the Staatsarchiv for the Canton of Zürich, including Conrad Meyer's Wappenbuch of 1674. Arms and crest granted by The College of Arms, London, 20 June 1983.
Notes

For a badge: A roundel Or enflamed on the outer edge proper thereon a roundel Gules charged throughout with a ridged mullet of six points Or.